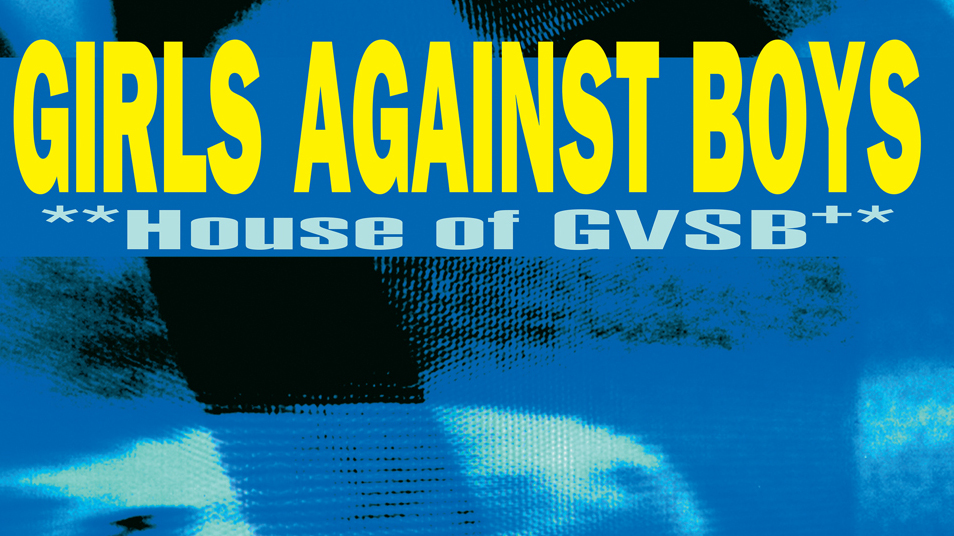 Seminal post-hardcore band Girls Against Boys are celebrating the 25th nniversary of the release of their critically acclaimed album House of GVSB with a double-vinyl re-issue of the album via Touch and Go Records. Set for release this winter, side A and B are the original album remastered in 2021 by Bob Weston (Shellac). Sides C and D feature odds and ends from the band’s 90s era work including b-sides, singles, compilation tracks, and a previously unreleased recording.
Girls Against Boys are also excited to announce their first tour since 2013. The band will be playing songs from across their entire catalog.
Girls Against Boys (GVSB) first recorded in 1988 as a studio project before evolving into a full-time band in the early ’90s. All four members (Scott McCloud, guitars/lead vocals; Eli Janney, keyboards/bass/backing vocals; Johnny Temple, bass; and Alexis Fleisig, drums) were participants in Washington, DC’s punk music scene. From the start, GVSB utilized an unusual mixture of instrumentation for a band with punk roots, including keyboards, samples, as well as two bass players on many songs.
House of GVSB captures the four-piece at the zenith of its musical prowess. Among other dynamics, the album has a simmering anxiety throughout, a kind of vertigo, a taste of what the band was actually experiencing at the time.
House of GVSB remains probably their most favorite album.
Girls Against Boys is, as of now, working on new material. “Their songs are mostly combinations of three or four killer riffs and a juggernautlike groove” Rolling Stone

“the great ’90s post-hardcore thud-masters” Stereogum
“A pathbreaking hard-rock opus that plays like one long money shot”
SPIN #5 Top album of the Year.