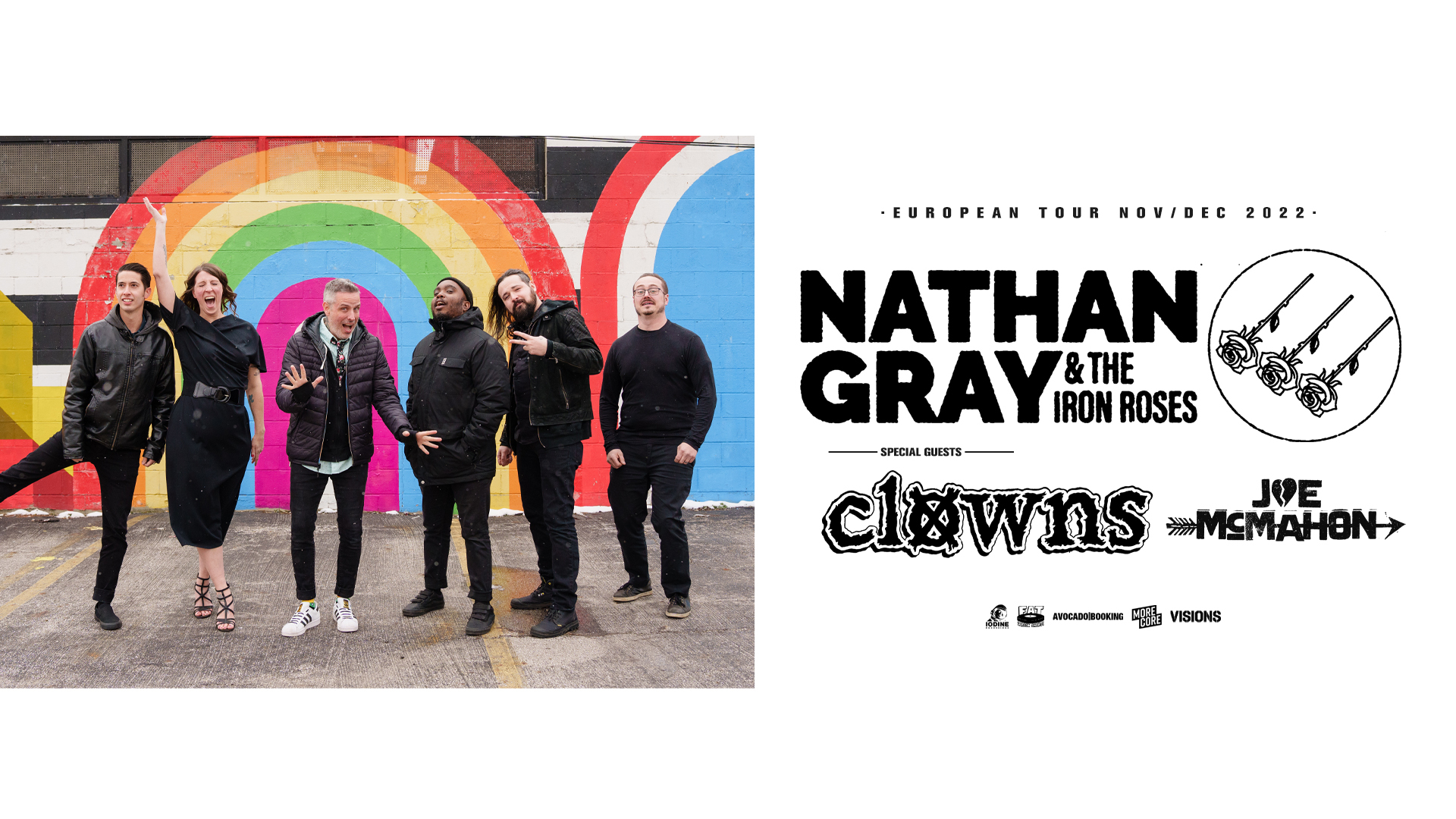 With a sound as diverse as its bandmates, Nathan Gray & The Iron Roses deliver high-energy, punk-driven music for the excluded, unheard and unseen self-healers of the world. The band brings a mission-like feel to what they do, (no doubt in part to Gray’s upbringing in the church he abandoned long ago,) with a live show that draws the audience in for intense and joyful and community building.. They seamlessly bring together three parts harmonies, doo-wop, reggae, heart-pounding anthemic punk guitars AND hip-hop into one set while bringing a message of love and support for all.Led by Nathan Gray, a 25 year veteran of the stage, Nathan Gray & The Iron Roses’ latest release Rebel Songs is a melting pot of influences that Gray grew up on. It was a intentionalmove by the singer in effort to get back to his roots in his need to call attention to the injustices in the world around him, while working to free himself from the expectations others have of him, and mending the wounds of childhood sexual assaut and the subsequent havoc it wrecked upon his life.“In my own journey through healing, I started to understand that no one can influence change in the world without turning that inward to heal themselves first. Redefining myself through my roots was freeing. I grew up listening to The Clash, The Ramones, Fat Boys, RUN DMC, Black Flag and NWA. These artists defined and shaped me..they were there for me during the good times and the horrific times. Taking those inspirations with me into this place of my life and career just makes sense.”For Gray, it was important to build a band that represents many, and the formation of the Iron Roses brought together a group of humans who share Gray’s passion for music and the human experience. The band knows the value of being seen -the members themselves represent multiple cultural backgrounds, sexual orientations and stages of life. Many of them are very open about their own struggles with mental illness, trauma and differentness, and that vulnerability has made theirlive show and their fanbase what it is -a loving, inclusive gathering of people unafraid to be broken.“People like me (white men) have to set an example,” Gray says, “we (as a band) represent many, because it is our duty to. It’s important to me to create a space to allow others to express themselves on stage by using my own privilege. I’d be full of shit if I didn’t back my words. I see no point in talking about inclusion and diversity, about Black Lives Matter and LGBTQ rights and Women’s rights if I didn’t back it up. It would be a mockery.”Nathan Gray & The Iron Roses are touring the U.S. and Europe in support of Rebel Songs, currently available through Iodine Recordings.